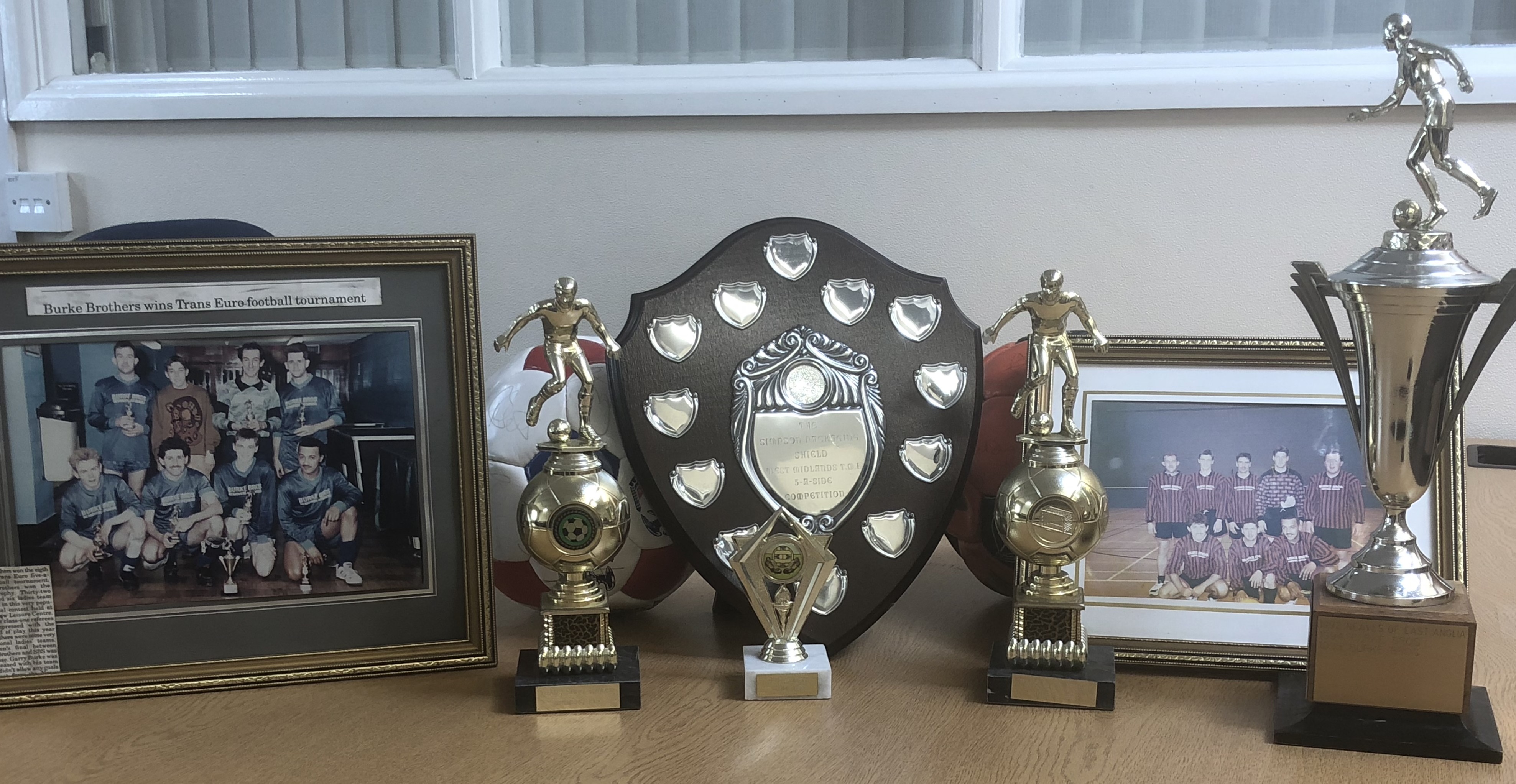 Its 25 years ago this month since Burke Bros won the National Five A Side Football tournament held in London.

Twenty years ago this month we also won the Midland championships.

Gary was player Manager at the time and added: “that over a four year period we were National champions three times and runners up once and believe it or not winning the Midland championships was the hardest to win as we were there to be shot as being the reigning national champions.”

We still have the trophies sitting in our cabinet along with photos of the winning teams as milestones in the history of the company and of our sporting achievements.