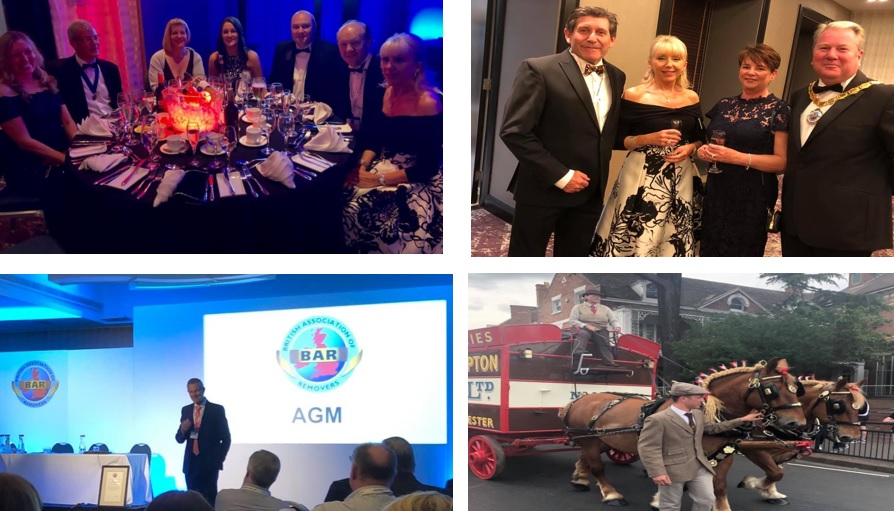 With more than 200 delegates from the removals industry, which included overseas guests, at this year’s three day British Association of Removers’ conference in Stratford-Upon-Avon, many of the attendees were of the opinion it was one the best we have had for many years.

A particular highlight of the conference was a vehicle parade of a vintage fleet of removal vehicles spanning the course of the twentieth century, parading through Stratford-upon-Avon.  Starting from the Crowne Plaza Hotel, Bridgefoot, 120 years of British removal history was seen in action featuring Victorian horse drawn pantechnicons from the 1890s, the only pre-war Guy Vixen van that is still running after it was originally made in 1938, up to the more recent 1971 Leyland 550 FG that has been featured in hit TV series White Gold and Outlander. Quite a testament to how the industry has stood the test of time by adapting and innovating to meet customers’ needs.

With a packed programme of workshops, speakers, seminars and social events culminating in the closing night’s gala dinner, this year’s conference really proved to be very well organised and a credit to the British Association of Removers; with Stratford-Upon-Avon showing the Midlands at its best to our international counterparts.