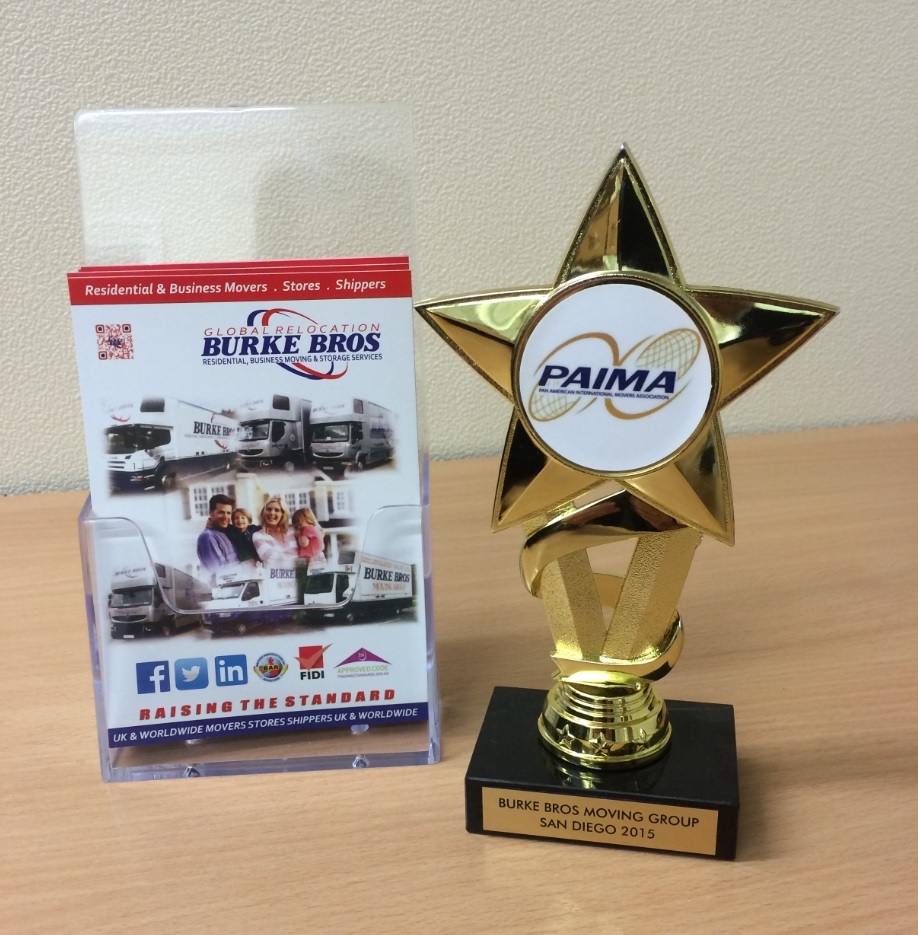 On the 16th October, they met with the other delegates at 7:45am at the Manchester Grand Hyatt Hotel for the Breakfast Buffett and networking to begin. At 9.00am the General Assembly started where officer’s reports were discussed and new members welcomed. There was also an international panel of speakers. The day ended with a networking event held on a boat giving the delegates a San Diego Bay Cruise. Melissa also accepted an award on behalf of Burke Bros in recognition of being long standing members of PAIMA and our continued support.

The following day the delegates met at 7.45am for breakfast networking and at the General Assembly at 9.00am with a presentation of proposals and votes, student exchange presentation, tonnage program review, ecology awards and finally the official closing. The convention ended with delegates meeting for a final time for an evening dinner and a final chance to network.