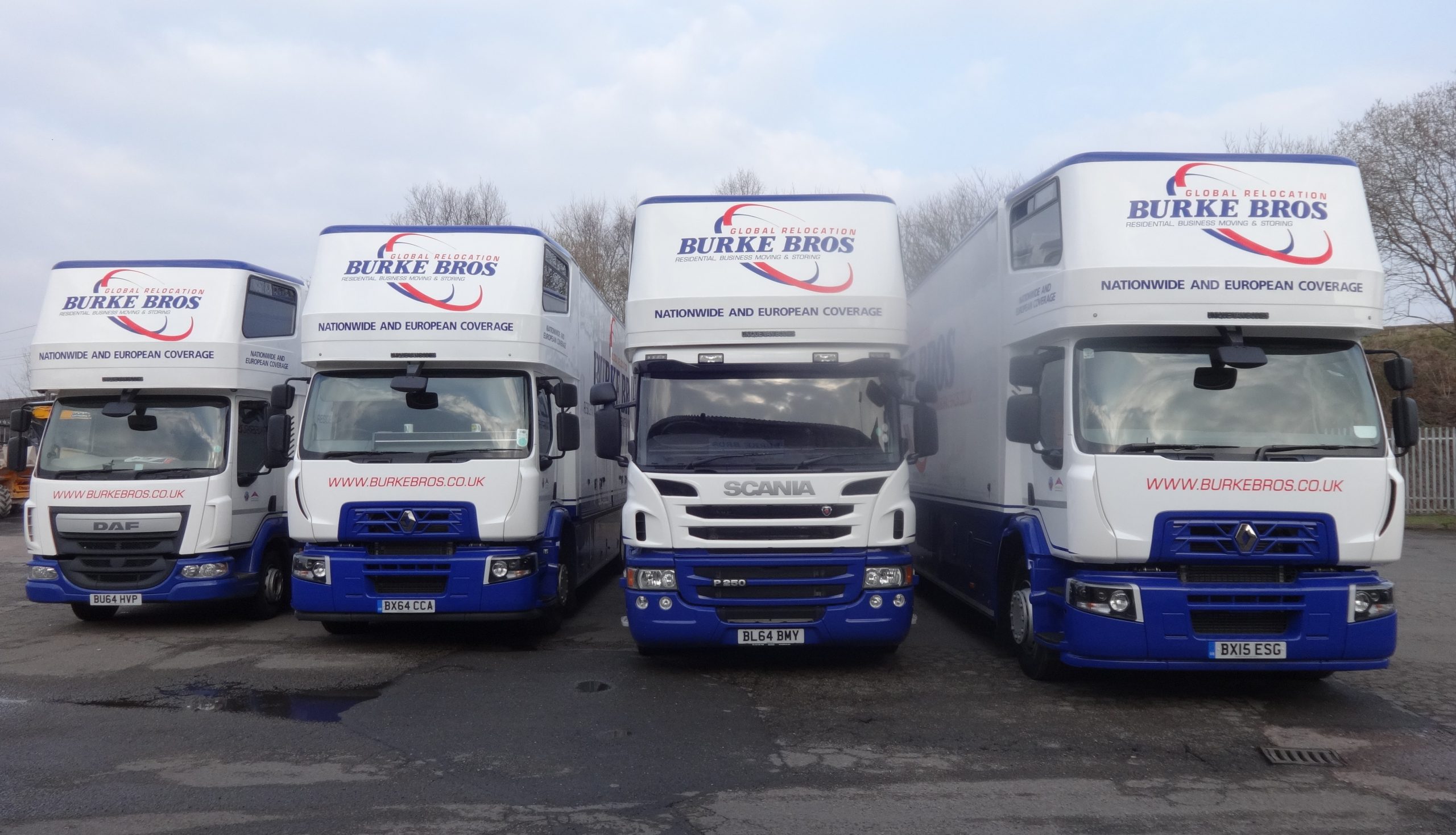 An unexploded torpedo found in the waters off Portsmouth Harbour caused traffic in and out of the harbour to come to a standstill. The torpedo was discovered at 5am the morning of Wednesday 16th November during dredging work in preparation for the arrival of aircraft carrier HMS Queen Elizabeth, causing the area to be sealed off by police and both ferry and train services to be cancelled.  Burke Bros Moving Group’s removal van was stranded on a ferry circling the harbour awaiting clearance to disembark.

Martin Richards and Wayne Brown; both members of the Burke Bros Moving Group removals team commented: “the working life of a removal man is often quite varied but this one of the more unusual days at work.” The van had been carrying household effects during a move from the UK to France and was on its return journey from Caen. The Wolverhampton based removals company run regular services to and from France and during their 35 years of establishment have encountered a myriad of unusual obstacles and situations.

Gary Burke, Managing Director of Burke Bros Moving Group said: “We’ve overcome many extraordinary circumstances during our years of operation, none more so than encountering an unexploded torpedo. Our removals team are well trained but removing a live torpedo is a bit beyond us!”