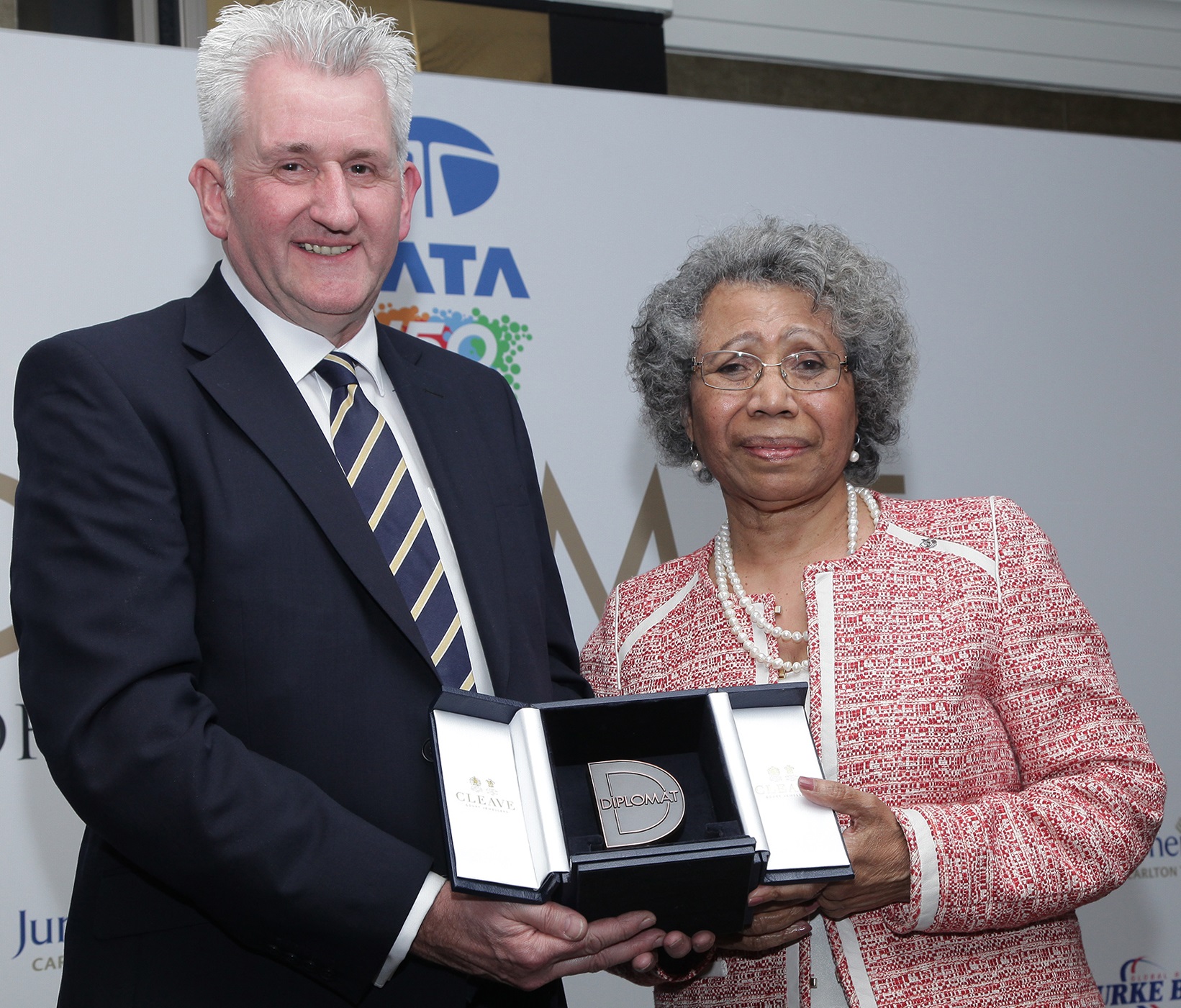 Burke Bros Moving joined Ambassadors and High Commissioners from over 95 countries (and diplomats from over 120 countries) at an awards ceremony at the start of the week. Ten awards were presented to some of the most influential diplomats based in the UK. The 200-plus guests were welcomed by a champagne reception and canapés.

The awards ceremony recognised the outstanding work and achievements of London’s diplomatic community, who are trying to better their nations’ well-being. Awards covered 10 categories and winners were nominated by their peers.

As one of the main sponsors of the awards evening, we were delighted to present an award alongside Master of Ceremonies, James Landale, the BBC’s diplomatic correspondent. Director, Chris Burke presented the ‘Outstanding Contribution to the Commonwealth’ Award to Her Excellency Mrs Winnie Kiap, High Commissioner of Papua New Guinea in the UK (as pictured above).

It was a pleasure to spend the evening with the massed ranks of London’s diplomatic corps, and to help mark their achievements.

With thanks to Roland Kemp for use of the above image  www.RolandKempDiplomatic.com