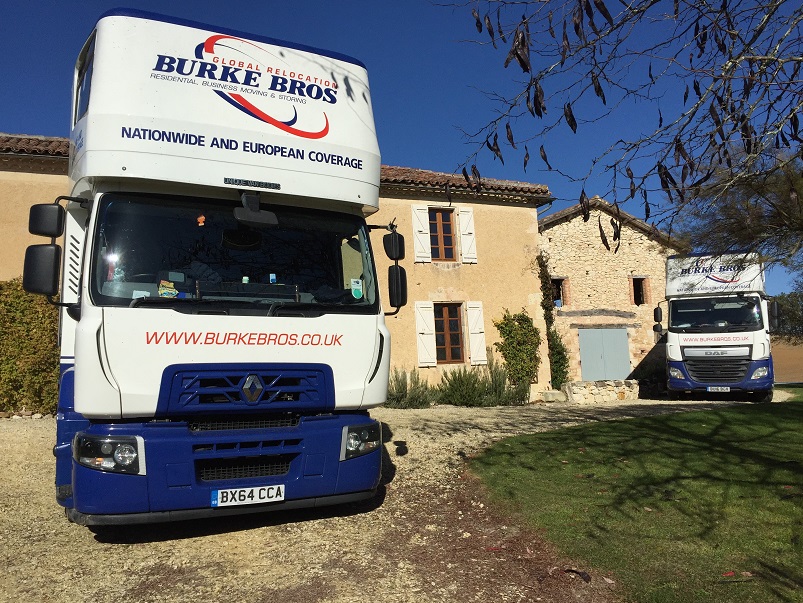 Specialists in removals to France, Midlands based international removal and storage company, Burke Bros Moving Group, are very pleased to announce one of the biggest partnerships within the French property market. The international moving company has formed an official partnership with French property agent, Leggett Immobilier who has a 600 plus strong network of agents spread throughout France.

Senior people from Burke Bros began talks in Manchester in March of this year and in London in May, with Leggett Immobilier and foreign exchange currency company Lumon. Both Burke Bros Moving Group and Leggett Immobilier are the go to organisations for anyone considering a French Property purchase and move to France. They are involved with many of the highest profile France related exhibitions and shows all across the UK. As expert advisors to the Place in the Sun, both are also mainstay exhibitors and advisors at the French property shows.

Many of the Leggett agents have noted the challenges for their clients when it comes to moving, since the UK left the EU. Brexit has bought with it many changes to the process of moving household effects and vehicles to and from the UK and France. The partnership offers an important additional service to Leggett clients as the Burke Bros team guide them through the new ‘red tape’ and navigate the custom formalities and the associated increased requirements for paperwork.

Gary Burke, Managing Director of Burke Bros Moving Group added; “Since Brexit we have grown in demand due to our expertise in providing safe and hassle free relocations for our clients helping them navigate the additional paperwork and processes required. We are delighted to be working with Leggett Immobilier and can appreciate that both companies have a wealth of experience in providing services to those moving to France.”

Widely recognised as the market leader for moving to France, Burke Bros have 40 years’ experience of providing thousands of door to door moves all over France and look forward to rolling out their services to Leggett Immobilier clients.

With a huge portfolio of properties right across France, Leggett Immobilier have a network of agents, many of whom are British expats, who collectively have an enormous wealth of local knowledge and are supported by a team of legal and financial experts at Head Office.