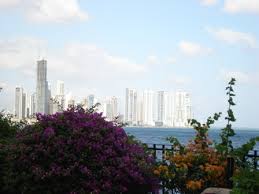 As the European Regional Director within the Pan American International Movers Association of America (PAIMA) www.paimamovers.com, Gary Burke, Managing Director of the UK’s leading International moving firm Burke Bros Moving Group www.https://burkebros.co.uk, was invited to give his professional assessment of the global recession and its effects on the International Removals Industry.

In Gary Burke’s capacity as representative for the interests of all overseas removers from outside of the Americas, he was given a special invitation to air his professional views and insights into what each PAIMA member company could do to kerb the devastating effects the global recession is having on the International Removals Industry.

Initially Gary said: “Although 2008 erupted in to a major global recession, at Burke Bros we really started to notice the effect back in 2007. Back then, business was becoming increasingly harder to find, with a noticeable decline in enquiries coupled with increased pressure on securing good return rates. This was causing pricing to become much more competitive. At that time more of us progressively appeared to be chasing fewer moves. Nobody knew then just how challenging it was all going to be but I was pleased that we started to quickly address our concerns at that time, and to our credit, perhaps earlier than most.” 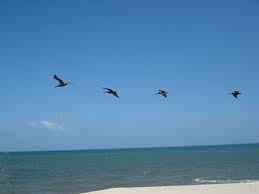 Gary took to the top-flight delegation’s stage at the recent PAIMA conference in Florida USA late 2009. The main thrust of his speech revolved around retaining your competitive edge whilst keeping quality high in this dramatically changing International market. He began his talk stating that the industry leaders needed to consider three critical areas, which were, Cutting Costs. Cash Control, and Diversification.
Gary said: “Back in the UK we knew we needed to explore how we could diversify and therefore we swiftly identified new market opportunities, quickly getting involved in the distribution of white goods for large retailers, shipping vehicles and motorcycles overseas, and finally vehicle accident and breakdown recovery for both insurance companies and the automotive collections and deliveries market. The key is to carefully examine what operational capacity and infrastructure you already have in place and then investigating how many other ways there are to capitalise on those resources.”
The Vice-President of PAIMA, George O´Masta Jr, from Balboa International in the Republic of Panama, said: “I was most impressed with Gary’s views on cutting costs, especially the areas of improving your forecasting, analysing your spending, reviewing utility costs, and especially, leading by example by cutting down on your own perks and business travel, and most importantly, trying your utmost to maintain current staffing levels to keep your team intact.”
The PAIMA President, Ramon Sierra, from Sentry International in Floridawww.sentryinternational.com, said: “I particularly liked Gary’s pragmatic emphasis on retaining staff; because as he says, although laying off staff does offer rapid and obvious savings, which show impressive short term gains, it does have a detrimental effect on our whole removals industry, especially once things start to pick up again. If our industry does lose those key skills and people, who will instinctively migrate to other areas of our economy, they will inevitable be costly to replace, especially with all the retraining that would be required.”
On the subject of cash control, during his speech, Gary covered such areas as developing best cash flow practices, checking credit worthiness of new customers, and getting invoices out quickly. Gary said: “There are many areas you can focus on like, improving your credit control, offering early payment discounts, financing payments by direct debit, banking cash and cheques daily, and even, if there is any short term surplus cash reserves, getting that into an interest bearing deposit account.” 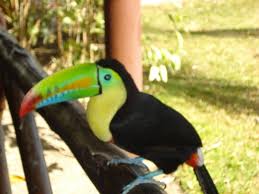 The PAIMA delegation, which represents International overseas moving companies from North and South America, as well as other major continents from Europe, Africa, Asia, and Australasia, found Gary’s speech extremely inspiring and a great example of possibility for other International removal companies to follow. He covered ideas that should be considered, adopted, and implemented within members own removal businesses, especially as the economic down-turn is likely to continue to pay a slow and heavy toll on the global housing market and, by extension, the International Removals Industry.