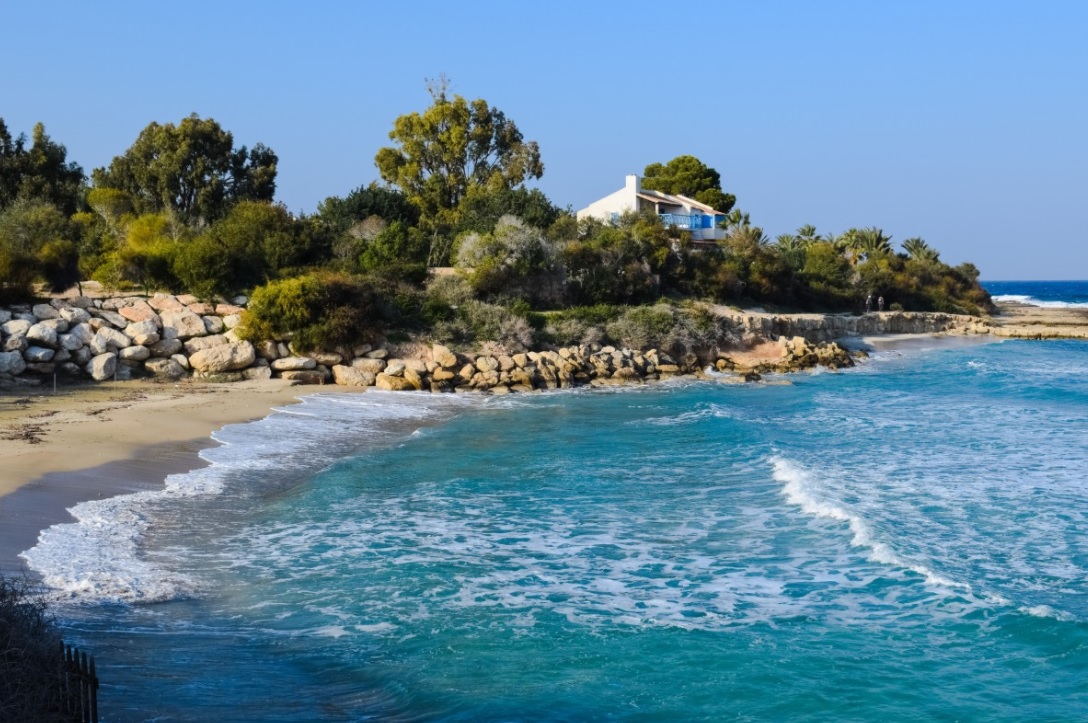 As the third largest island in the Mediterranean, Cyprus is 150 miles long and 62 miles wide. It benefits from an Eastern influence due to its closer proximity to the Middle East than to Europe.

The Troodos Mountains dominate the centre of Cyprus with the peak of Mount Olympos rising to almost 2 kilometres. The island is very dedicated to the protection of its natural resources and wildlife. This is especially pertinent in the Akamas Peninsula and the Trocodos National Forest Park.

The Cypriot climate is characterised by hot summers and warm winters. The summer season essentially stretches from Easter into October. It is usual for winter highs to reach 17c and lows are very rarely below 7c. The Troodos Mountains do of course provide cooler weather and the ideal location for skiing.

The island is well served by flights with direct flights from all the main UK airports to Cyprus all year round. With flying times of around 4.5 hours, most flights are into the airports of Paphos and Larnaca.

The British influence on the Cypriot way of life is evident in a number of areas; from driving on the left to an estimated 90% of Cypriots speaking English, to the use of an English-based law.

As specialists in the removal of both household contents and vehicles to and from Cyprus during the last 35 years, Burke Bros Moving Group have moved countless families and individuals. Our years of experience mean we have longstanding strong partnerships with highly reputable and experienced agents in Cyprus.

If you would like any further information on our regular services in and out of the island, please don’t hesitate to contact us on 01902 714555 or by email at sales@burkebros.co.uk.