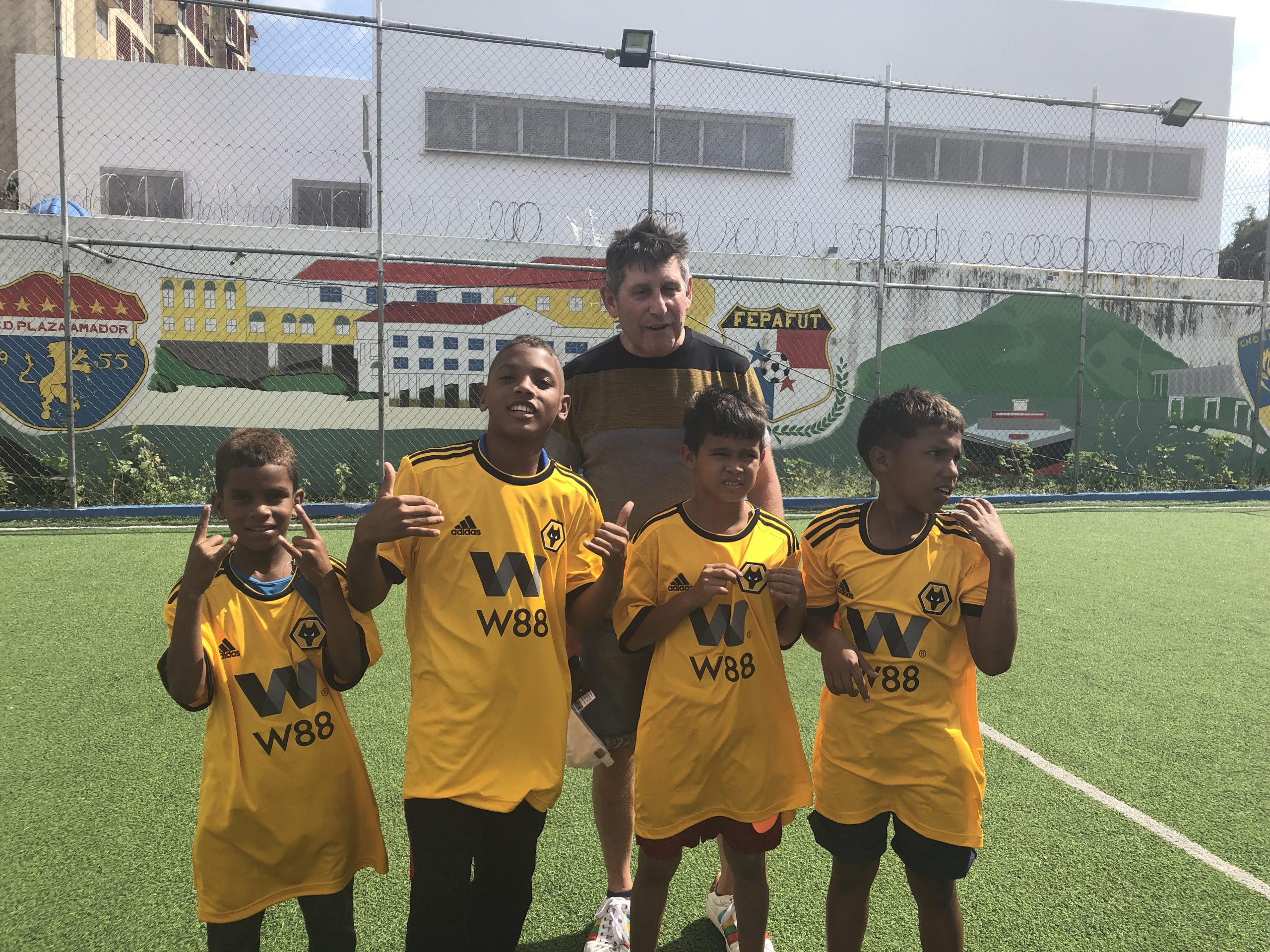 They say that the ‘beautiful game’ is a globally unifying force for all nationalities, cultures and languages. Gary Burke, Managing Director of Burke Bros Moving Group, saw this first hand during a visit to an impoverished area of Panama City, El Chorrillo; an area which has never fully recovered from the United States invasion of Panama in the late 1980s and was widely known historically for gangs, crime and social problems. It has improved in recent times through education, but to this day, the area is regarded as the most run-down in Panama City and there’s a noticeable presence of armed police. Tourists are now able to enter the area, but are advised to do so with a local guide.

The town was home to many of the current national football team when the players were growing up. Many now play outside of Panama throughout Europe and South America. The locals are very proud of those that have gone on to achieving sporting greatness. Like their famous predecessors; the children eat, sleep and breath football and were consumed with excitement when Panama made it to the world cup.

The children receive schooling inside police stations and watch premiership football in police stations or wherever they can find it. Gary first visited the town 10 years ago and went deeper into the community in 2018 with a local guide who he has known for four years. He told the youngsters about Wolves FC and that they would win the championship and would see Wolves on TV next season; promising that when this happens and when he is back again, he’ll bring some of the children brand new Wolves premiership jerseys.

Flying out to Panama, after the West Ham game, Gary returned to El Chorrillo to delighted faces handing out Wolves kits to the children as he promised. As massive fans of Raul Jimenez, Diego Jota, Ruben Neves, Mouthino, Patricio, Costa, and Caveleiro, the youngsters couldn’t wait to don the Wolves kits and get a game underway. Since the World Cup they have had a small artificial football court built in El Chorrillo and another is being created. The benefit of football and sport to its community is being increasingly valued by the Panamanians.

Gary Burke added: “As an international moving company Burke Bros are also always working to put Wolverhampton on the global stage through our day to day business activities and, as a global brand, Wolves are having an enormous impact on ensuring the city becomes known globally. We were, of course, also delighted to be able to play a small part in helping to encourage the youngsters of the area to pursue sport and football as a means to improve their opportunities as they grow up and create a life away from the streets.”