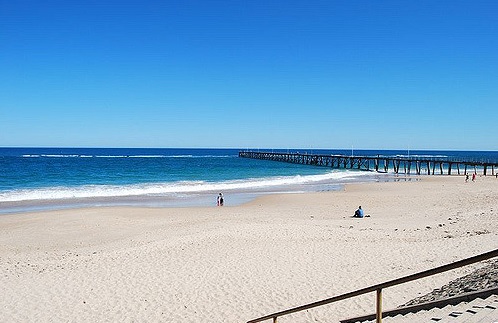 Many expats are still drawn to the charm of Australia. As the country’s fifth largest city, Adelaide offers many of the benefits of an Aussie lifestyle and is becoming an increasingly popular option for expats. Often regarded as one of the most affordable cities in Australia, Adelaide is an appealing option. Burke Bros have many years of experience of moving clients to every part of Australia and we continue to offer frequent services to Australia.

Situated between the Mount Lofty Ranges and on the east of the Gulf St. Vincent in South Australia, Adelaide typically offers a warm climate and is in close proximity to beaches that are famed as some of the best in Australia.

With a grid-like structure, the city is small and laid out logically enough to navigate easily. Travel across the city is made even more efficient by a well-developed and speedy public transport network of buses, trams and trains. The tram network is reliable and is free when traveling within the city centre zone.

Job opportunities in Adelaide are many and varied and the city benefits from a very well developed defence and manufacturing and engineering sector, particularly automotive manufacturing. The area is also internationally re-known for wine production and boasts impressive vineyards in the Barossa Valley and Coonawarra regions.

Furthermore, Adelaide boasts a highly regarded education system with many international students embarking on study in Adelaide’s higher education system. The primary and secondary education system consists of public, independent or Catholic schools. Places in independent schools can be difficult to acquire though, as waiting lists can be quite extensive.

Further information on Adelaide can be obtained from the South Australian State Development website.

For more information on removals to Adelaide and all states of Australia please contact Burke Bros. Moving Group on sales@burkebros.co.uk or on 01902 714555.