Moving to Cyprus: A Guide on Working 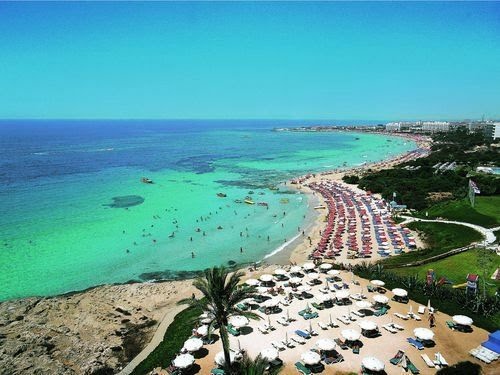 Moving to Cyprus: A Guide on Working

Immigrating to Cyprus is a lot more than the all year round holiday that others envision, the reality for most is still having to work to get an income and provide for themselves. For expats that are interested in living in Cyprus they can expect to enjoy entering a working environment that is predominantly focused on tourism and service sectors and has all the assets of a modern economy. Although, there are still some areas that rely on agriculture and mining in Cyprus; the national economy is firmly based upon its tertiary sector. As in 2013, 80% of all employees had jobs within the services sector.

However, in recent years the country has been suffering with an economic downturn. This is due to a small domestic market making foreign trade essential and there is a high dependence upon fuel imports. Its strong financial ties with Green also lead to Cyprus being involved in the Eurozone crisis, ultimately leading to a breakdown of the Cypriot banking industry throughout 2012 and 2013. The crisis is still ongoing and the country may be in recession for the next few years.

An expat working on the island would probably have visited the area due to its highly desirable location in the Mediterranean Sea giving it warm climates and sunshine the majority of the year. Along with a cultural attraction Cyprus boasts one of the most popular tourism destinations meaning tourism contributes a notable share to the national GDP. The abundance of hotels, restaurants, bars, sights, and other parts of the hospitality industry have provided safe employment opportunities for many Cypriots and Expats alike. However, with the global recession and a declining number of visitors until recent years the government has gone a long way to diversify the economy.

The services sector accounts for an incredible 81% of the national GDP in Cyprus. This is comprised of many areas but due to the recession, financial services and banking and real estate has been negatively affected. However, another important area for Cyprus is shipping, Limassol has one of the busiest ports in the EU and is a main point of entry for many imports and exports all kinds. All these areas are set to help revive the island out of the recession. Furthermore, energy production and manufacturing are developing markets and are a new potential growth factor in areas such as food and beverages, clothing and textiles, plastics and chemicals and new ventures into renewable energy and green technology could help drive the economy forward and create new employment opportunities.

Another key consideration is Cyprus’ geographical location meaning it is a key international businesses player, it is always open to foreign trade and this is an important aspect for expats interested in the move to Cyprus. The country can be thought of as a gateway to three continents – Europe, Asia and Africa – meaning many multinational enterprises are strategically moving to Cyprus to expand into further markets. As expected there is low foreign investment, but if Cyprus can come out of the recession and see continued growth over the next few years. Working in Cyprus will be a good option for both locals and expats alike.

Are you thinking of moving to Cyprus? Do you need a removals company that can handle your move with ease and professionalism? Burke Bros Moving Group has over 3 decades of experience and knowledge to help make your move a stress-free experience. Call us today on 0800 413 256.