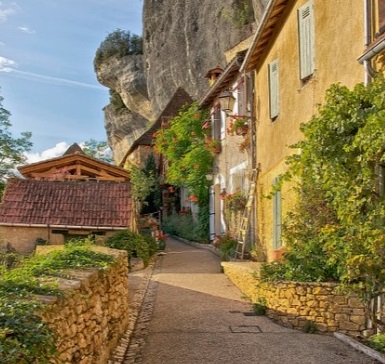 In the south-west of France, Dordogne is a firm favourite amongst British expats. Burke Bros Moving Group know the area well and have moved many families to the area during our 35 years in the industry. Situated in the region of Aquitaine-Limousin-Poitou-Charentes, Dordogne boasts a myriad of pretty villages and towns and a warm climate. Furthermore, it has good accessibility via Bordeaux and Bergerac airports and this has done much to encourage the movement of British expats to this part of France.

The lure of its quaint medieval towns never fails to win the hearts of British expats. In particular, the capital of Dordogne; Périgueux, is home to extensive Medieval and Renaissance architecture. Bergerac is also well famed for its picturesque qualities and remains popular with British expats and with Brits buying a second home in France.

In comparison to the average property price in France, property in Dordogne is often less expensive. It is also often one of the cheaper departments in the Aquitaine-Limousin-Poitou-Charentes region. The appeal of Dordogne, is also that expats have the choice of buying a property in a village where they can join a large expat community, if they wish. This is perhaps useful to expats with limited knowledge of the French language and explains why the area is often dubbed as ‘little England.’ Alternatively, Dordogne has many areas which are less populated by tourists and expats.

Once popular with retirees predominantly, this is no longer the case, with the area becoming appealing to a range of people. Some, British expats for example, have started businesses in the area.