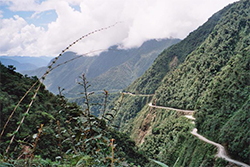 Do you need removals to Bolivia? Bolivia is a landlocked country in central South America. The country is bordered to the north and east by Brazil, to the south by Paraguay and Argentina, to the southwest by Chile and to the west by Peru. It has a deep ancient history and was once part of the Inca Empire prior to its Spanish colonization. Modern day Bolivia is a democratic republic that is separated into nine different departments. Its geography varies greatly from the eastern lowlands within the Amazon Basin to the Andes Mountains in the West. If you are moving to Bolivia it will be worth learning Spanish which is one of the official languages along with Quechua, Aymara, Guarani and 33 other native languages.

For those moving to Bolivia from the UK, you may notice some changes in lifestyle as Bolivia is still a developing country. It has a medium ranking in the Human Development Index and around 50% of the population are living in poverty. Many expats and those looking to relocate choose to live in the larger cities as they are more urbanized and closer to the lifestyle you will expect with most of the same amenities available. This include the capital of Sucre and the largest city in Bolivia of Santa Cruz de la Sierra. 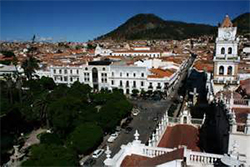 The Bolivian population, which is around 10 million residents are multi-ethnic, including Amerindians, Mestizos, Europeans, Asians and Africans. Bolivia’s cultural diversity has led to its rich cuisine, art, literature and music. If you are thinking of working in Bolivia there main industries include agriculture and forestry which employ nearly 44% of Bolivia’s workers, mining, manufacturing, services, banking and finance. They are also trying to grow the country’s tourist industry which has been growing over the past 15 years.