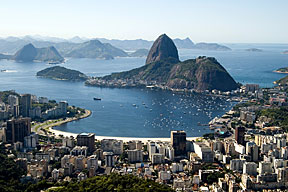 Do you need removals to Brazil? Officially the Federative Republic of Brazil, it is the largest country in both South America, occupying 43.7% of the South American continent. The country is bounded by the Atlantic Ocean on the east and borders all other South American Countries except Ecuador and Chile. The official language is Portuguese and is the only country to speak the language in the Americas, although there are a great variety of international and bilingual schools for those moving with children. Brazil has the fifth largest population in the world and is growing strongly as a new and significant global player, both economically and politically.

Brazil’s reputation as a growing economy continues to be a magnet for both foreign investment and skilled workers from abroad temporarily and permanently moving to Brazil. The country’s pioneering fields of ethanol production and deep water oil research offer attractive career opportunities for expats. If you are moving to Brazil from the UK you will soon notice that there is a highly unequal distribution of income, although there is a lot more upwards social mobility, poverty remains a problem. The currency used is the Brazilian real. 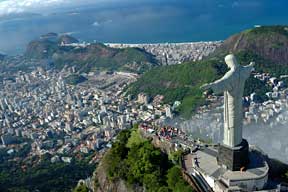 The climate in Brazil is subtropical and is hot and humid but it does differ throughout the different regions. For those considering the move to Brazil, the most popular areas are in the larger cities, especially the capital of Brasilia and Rio de Janeiro which is a popular tourist destination. However, Sao Paulo, Brazil’s largest city is by far the most popular expat destination in the state, being home to nearly 20 million people and Brazils economic and financial centre.

Get Removal Quote from UK to Brazil