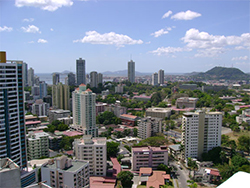 Do you need removals to Costa Rica? Officially the Republic of Costa Rica, it is a country located in Central America. Costa Rica gets its name from the Spanish meaning of ‘Rich Cost’, as it is mainly bordered by the Caribbean Sea to the east and the Pacific Ocean to the west, it is also bordered by Nicaragua to the north, Panama to the southeast and Ecuador the south of Cocos Island. If you are thinking of moving to Costa Rica, you will be joining a population of around 4.5 million. Nearly 25% of the population live in the metropolitan area of the largest city and capital, San Jose, which is a popular destination for those relocating. The official language spoken is Spanish, however there are other recognised regional languages such as Mekatelyu, Bribri and Patois.

Due to Costa Rica’s location, which is between 8 and 12 degrees north of the Equator the climate is tropical all year round. However, this does vary depending on the elevation, rainfall and geography of each region. Costa Rica’s seasons are defined by how much rain falls during a particular period, the “summer” from December to April and “winter” from May to November. Costa Rica has pioneered the concept of ecotourism in Latina America, and there “Green” reputation is well deserved, nearly 30% of the country is now a national park or reserve and nearly 95% of the nation’s energy needs comes from local renewable energy sources. 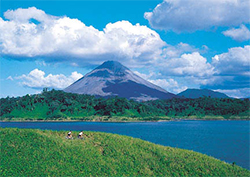 The economy in Costa Rica is favourable, although it is still deemed a developing country, and there is still a poverty rate estimated at 23%. The central government is offering tax exemptions for those willing to invest in the country which has attracted several high-tech corporations already, this and the high levels of education amongst residents are making Costa Rica an attractive investment location. For those who want to move to Costa Rica to work there are many industries to investigate such as pharmaceuticals, financial outsourcing, software development and ecotourism. Although, Agriculture remains an important industry with the main cash crops being coffee, bananas and pineapples.