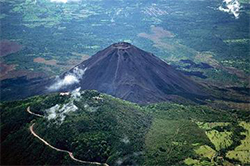 Do you need removals to El Salvador? El Salvador is the smallest and most densely populated country in Central America. The country borders the Pacific Ocean on the south, and the countries of Guatemala to the west and Honduras to the north and east. Its easternmost region lies on the coast of the Gulf of Fonseca. El Salvador has a tropical climate with distinct dry and wet seasons, with the rainy season being from May to October. Temperatures only really vary with elevation and have little seasonal change. The pacific lowlands are mainly hot whilst the central plateau and mountain areas are slightly cooler.

If you are moving to El Salvador from the UK, you are likely to be moving to the capital and largest city San Salvador, or other large cities include Santa Ana and San Miguel. In 2013 El Salvador had a population of approximately 6.3 million making it the most densely populated country in the region composed predominantly of Mestizos of European and Indigenous American descent. The official language spoken in El Salvador is Spanish, so it would be advisable to learn as much as possible when you move. Moving to El Salvador will give many people an excellent opportunity to enjoy a more relaxed outdoor lifestyle, filled with a mixture of new cultural traditions. 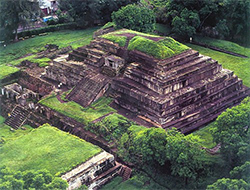 If you move to El Salvador it is important to note that the country is still developing economically and the country has been set back by natural disasters, government policies that require large economic subsidies and by official corruption. The service sector accounted for 64% of the GDP and is the main industry if you are looking to work in El Salvador, this is followed by the industrial sector at 24.7% and agriculture at 11.2%. Although there are still problems with disparity in income within the population, El Salvador has promoted an open trade and foreign investment environment. It has privatized some of its assets such as telecommunications, electricity distribution, banking and pension funds.