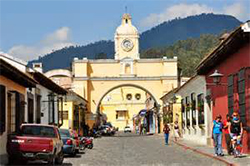 Do you need removals to Guatemala? Officially known as the Republic of Guatemala, the county is located in Central America and is bordered by Mexico to the north and west, the Pacific Ocean to the southwest, Belize to the northeast, the Caribbean and Honduras to the east and El Salvador to the southeast. Guatemala has an estimated population of 15,806,675 and the official language is Spanish. The country is known for being rich in culture, characterized by a fusion of Spanish and other different indigenous influences which should be very interesting and different for those looking to move to Guatemala from the UK.

The country is very mountainous and has small desert and sand dune patches, except for the south coastal area and the vast northern lowlands of the Petén department. Two mountain ranges enter Guatemala from west to east, dividing the country into three major regions: the highlands, where the mountains are located; the Pacific coast, south of the mountains and the Petén region, north of the mountains. All of the major cities are located in the highlands and Pacific coast regions. These three regions vary in climate, elevation, and landscape, providing dramatic contrasts between hot, humid tropical lowlands and colder, drier highland peaks. 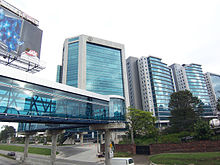 For those of you moving to Guatemala, it is important to be aware that the country is heavily centralized. As most expats and international residents opt to live in the larger cities the best transportation, amenities, communications, business, politics and the most relevant urban activity all takes place in Guatemala City, the country’s capital. Guatemala City has an estimated 2 million inhabitants within the city limits and more than 5 million within the urban metropolitan area, which is a significant percentage of the overall 14 million population. For those looking to work in Guatemala may notice there is limited work opportunities, however the country is still developing and agriculture is their major industry especially the production of coffee, sugar and bananas.

Get Removal Quote from UK to Guatemala