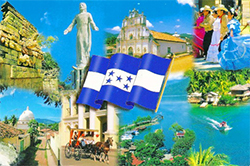 Do you need removals to Honduras? Honduras is a republic in Central America, sometimes referred to as the ‘Spanish Honduras’ to differentiate from the ‘British Honduras’ which has since become the modern state of Belize. The country is bordered by Guatemala to the west, El Salvador to the southwest, Nicaragua to the southeast, the Pacific Ocean at the Gulf of Fonseca to the south and the Gulf of Honduras to the north which is a large inlet of the Caribbean Sea. Honduras has an ancient culture and has been home to several Mesoamerican cultures such as Maya before being conquered by Spain in the sixteenth century.

If you are moving to Honduras it may be advisable to learn Spanish as this is the official language. There are also several other recognised regional language spoken by natives and other ethnicities in the country such as Garifuna, Miskito and Bay Islands Creole English. Honduras spans an area of 111,492km² and has a population of just over 8 million people. As Honduras’ northern portions are part of the Western Caribbean Zone it has influenced this areas demographics and culture. These different areas have also led to three different geographical regions. The Caribbean lowlands have a tropical and wet climate with consistently high temperatures and humidity, whereas the Pacific lowlands are tropical with a distinct dry season from November to April and the interior highland also have a distinct dry season, but temperatures decrease as elevation increases. 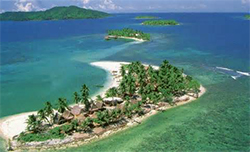 For those making the move to Honduras may be aware of its fame for being rich in natural resources. These resources include various minerals, coffees, tropical fruit and sugary cane, as well as its growing textiles industry which serves an international market. Another vital industry in Honduras is agriculture, which accounts for 14% of its GDP in 2013. However, Honduras is still a developing country and is considered one of the poorest countries in the western hemisphere with 85% of the population living in poverty. That is why many expats will choose to relocate to the larger cities such as the capital Tegucigalpa, San Pedro Sula and Choloma.