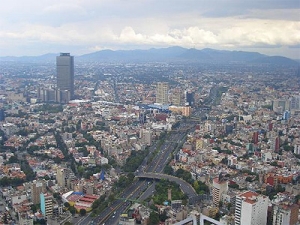 Do you need removals to Mexico? Officially known as the United Mexican States, it is bordered on the north by the United States, on the south and west by the Pacific Ocean, on the southeast by Guatemala, Belize and the Caribbean Sea, and on the east by the Gulf of Mexico. Mexico is the fifth largest country in the Americas by total area and is the 13th largest independent nation in the world. The weather in Mexico is warm, with coastal areas and lowlands having high humidity, whilst it is mostly warm year round the hurricane season is from August to November. There are big contrasts between big cities and smaller towns, with most people opting to live in the larger cities such as the capital Mexico City, Monterrey, Guadalajara, Queretaro and San Luis Potosi.

If you want to move to Mexico from the UK, you will be joining a population of over 113 million citizens. Almost a third of its people are under the age of 15 meaning the country has a large and rapidly growing workforce. Mexico has a very strong economy and ranks 15th in the world in terms of GDP, as well as attracting the third largest flow of foreign direct investment or FDI worldwide. More than 25,000 foreign companies have affiliates in Mexico meaning there are plenty of international work opportunities for expats. The government also widely supports setting up your own company with help from associations, shelter companies and consultancy firms etc., land and facilities are available. Mexico is an excellent destination to run your own company especially with its convenient logistics for import and export as well as the low labour costs.

They are many reasons to move to Mexico, including the cost of living, you have all of the amenities you are accustomed to but at a lower price. As good and services cost less, you can afford other kind of luxuries such as a maid or gardener, to help you save time and spend more time enjoying what Mexico has to offer. An example of this is Mexico’s healthcare, which is first rate, as many Mexican doctors actually complete some of their training in the U.S., Canada or Europe, yet the medical care is very affordable compared to other countries. Mexico offers the perfect mix of centuries-old traditions with contemporary lifestyles. The official language of Mexico is Spanish so you may wish to learn some to help you get by, although English is widely spoken due to the country’s proximity to North America.