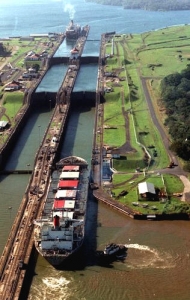 Do you need removals to Panama? Panama is situated on the isthmus connecting North and South America and is the southernmost country of North America. It is bordered by Costa Rica to the west, Colombia to the southeast, the Caribbean to the north and the Pacific Ocean to the south. Expats can enjoy a more relaxed lifestyle in Panama and can look forward to the tropical climate with high temperatures due to the relative humidity.

Retirees, investors, second home seekers as well as work relocations makes Panama one of the best places to live outside of the USA in the continent of America. Panama is known as the financial capital of Latin America and is well known for its banking centre. The cost of living is reasonable and inflation rates are some of the lowest known in the world. Panama is a Tax friendly country where foreign earned income, capital gains & interest income are not taxed. The currency in Panama is the US dollar. Panama is often referred to as ‘the crossroads of the world’.

Panama City is uniquely international, whose metro area is home to nearly half the population of the country’s 3.6 million people, with the vitality of Rio de Janeiro or San Fransisco. There are excellent shopping places for this living in Panama, shops are mainly 9.00 am – 6.00pm with great malls such as the Multiplaza, Pacific Mall, Multimetro Mall and Albrook mall. 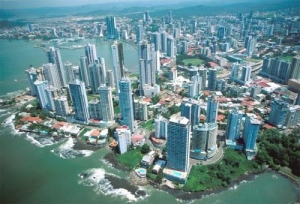 There are many great choices of where to live in Panama, either the hustle of city life, or Boquete or Chiriqui in the mountains country or you may enjoy beach homes on either the Pacific or Atlantic Oceans. Spanish is the official language of Panama although English is widely spoken, especially in business settings. The Electricity runs at 110 volts.