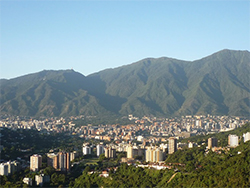 Do you need removals to Venezuela? Officially known as the Bolivarian Republic of Venezuela, it is a country situated on the northern coast of South America. The country borders the Caribbean Sea and the North Atlantic Sea, between Colombia and Guyana. The entire country covers an area of around 916,445 km2 and has a population of around 29,100,000 people. The official language spoken is Spanish, so it would be advisable to learn some if you are thinking about moving to Venezuela from the UK.

There is great biodiversity within the country, with habitats ranging from the Andes Mountains in the west to the Amazon Rainforest in the south, through large llanos plains and along the Caribbean coast in the centre, to the Orinoco River Delta in the east. However, Venezuela is still among the most urbanized countries in Latin America. If you are planning a move to Venezuela you will more than likely live in the cities in the north of the county, especially in the Capital and largest city of Caracas.

Venezuela’s economy has expanded rapidly since the discovery of oil in the early 20th century, and the country now has the world’s largest oil reserves making it a leading exporter of the precious commodity. This is a lucrative industry for those looking to work in Venezuela, but there are also many other industries such as manufacturing, services and banking. The currency used in Venezuela is the bolívar fuerte.

Get Removal Quote from UK to Venezuela