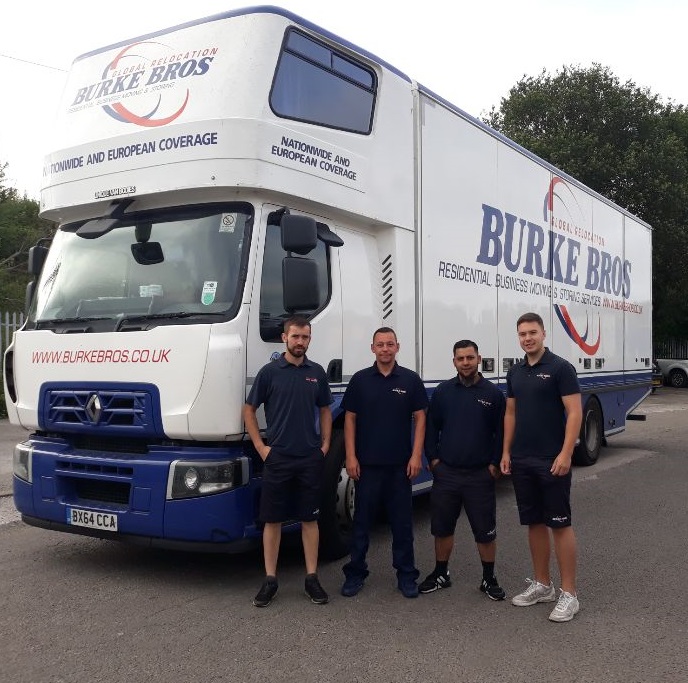 As the removals and transport industry contends with the increasing shortage of HGV drivers, West Midlands based Burke Bros Moving Group have created their own solution to the skills shortage; to grow their own talent.

The company achieved a successful year during the last financial year but were finding themselves hindered by the shortage of qualified drivers. As a result they have invested in developing their existing removal crews by upskilling those in non-driver roles to train for and acquire driving licences, HGV licences and, in some cases, to upgrade from class two to class one licences for those that want to develop their skills with the company.

Gary Burke, Managing Director explained: “As we expanded our fleet to service a number of contracts, we needed to expand our pool of HGV class one and class two drivers, as well as porters. In the current climate HGV drivers are becoming increasingly hard to recruit. The existing HGV driver population is aging and there is not enough young people coming through to fill the void. We also realise that the cost of licence acquisition can also be a barrier to those in the industry progressing into drivers. We decided to bridge the skills gap by making the investment in our own crews; the next generation and grow our own talent!

It’s important for us to continue investing in this area of our organisation as we have done across other areas. For example, we have invested in new technology to ensure that our sales and operations teams are as efficient as possible in dealing with the upturn in enquiries and the fulfilling of contracts.”

The Freight Transport Association (FTA) believes the sector is short of 43,000–45,000 drivers and the Road Haulage Association (RHA) has suggested it is closer to 60,000. The driver shortage is believed to be increasing as the number of drivers retiring from the industry exceeds new entrants.

Dave Colley, Operations Manager added: “HGV driving is suffering from a poor sector image amongst the proliferation of career opportunities available to the up and coming generation, but it is a vital occupation.

Alongside developing their existing removals staff, Burke Bros Moving Group are continuing to recruit for HGV class one and two drivers and porters. Based in Wolverhampton, the posts will offer the opportunities to deliver a premium level of customer service to their clients across the UK and European domestic, corporate and public sector accounts.