The Queen is visiting Wolverhampton! 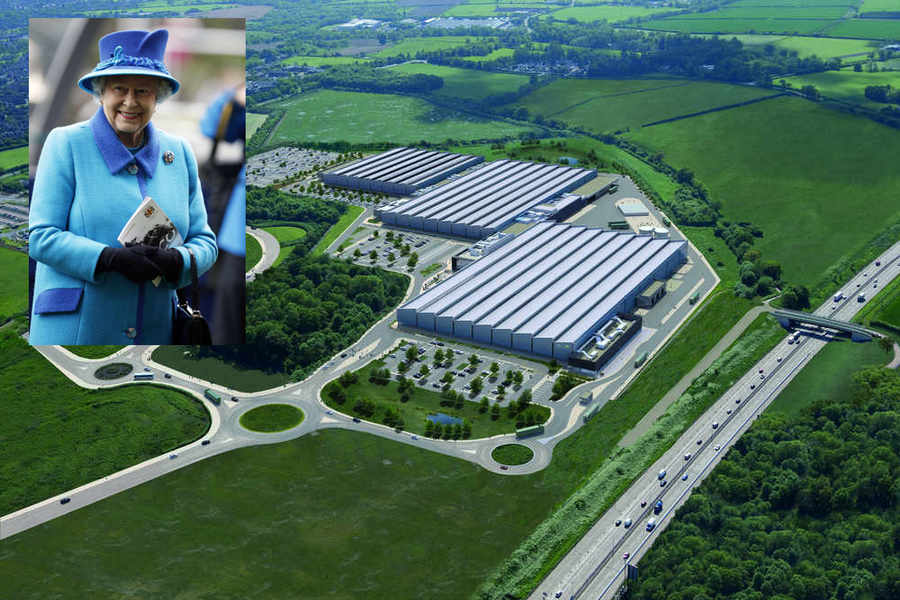 Good news for Wolverhampton today, as HM Queen Elizabeth II is visiting the city to officially open the new £500 million Jaguar Land Rover engine factory next week. The JLR factory was first tempted to the i54 site by a combined effort from Wolverhampton, Staffordshire and South Staffordshire Councils and was approved in 2011. Burke Bros Moving Group is proud to have recently been moving a number of JLR employees and their families to the area from other parts all over the UK. Prior to this Burke Bros also helped to relocate Moog, a worldwide designer and manufacturer of precision motion control products and systems, and Eurofins, a leading international group of laboratories, to the i54 site. The Queen will also be accompanied by The Duke of Edinburgh, for the visit to the i54 business park, and it will be the first time Her Majesty has visited the area since her Diamond Jubilee two years ago.

This is also the second time Her Majesty will have opened a building that Burke Bros have moved some years earlier, the Walsall Art Gallery. Gary Burke MD Burke Bros is happy to see the Queen return to the city after he received a letter from her in reply for his bid to give Wolverhampton city status in 1999 (see more here).

For more information please read the article at the Express & Star.