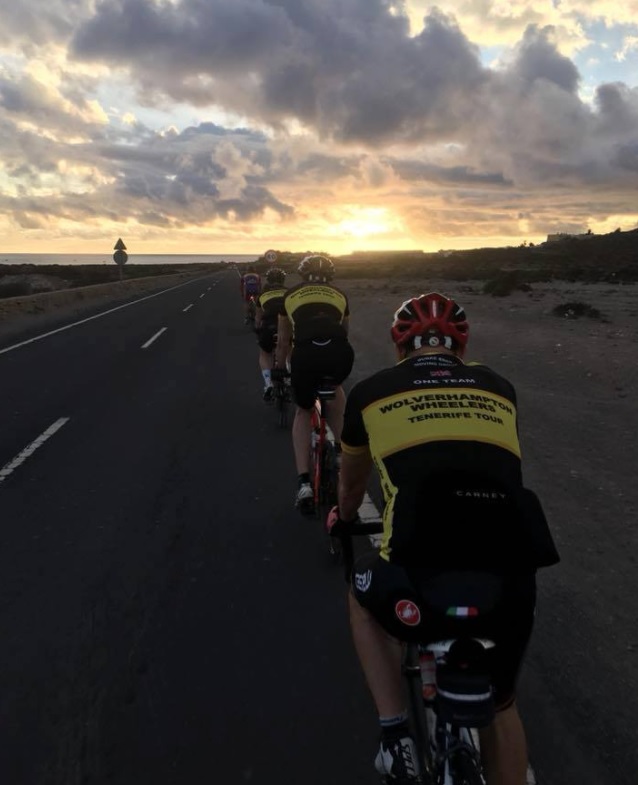 The Tour De Tenerife has been successfully completed!

Burke Bros sponsored jerseys have been spotted through out the ‘tour’ every day with many people from the UK recognising the Wolverhampton club and openly wanting to chat to the riders during the stops.

The weather was a lot warmer than a chilly UK. The riders completed the four day tour climbing over 20,000 feet, including a summit ride to the top of Volcano Mount Teide (highest point in Spain and the highest in the Atlantic islands), with only three punctures, one crash and one broken wheel spoke.