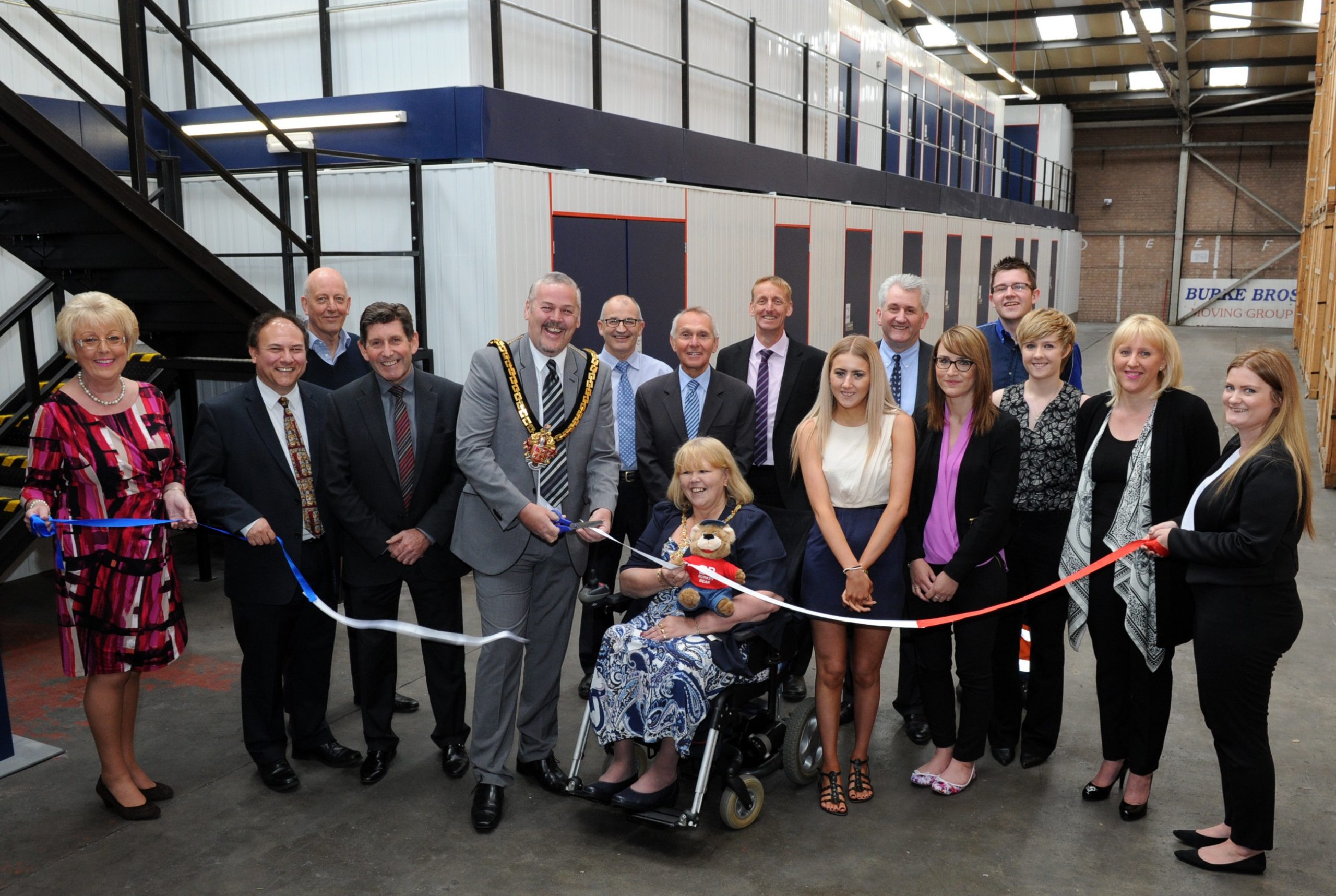 The new modern facilities were officially opened on 9th June 2015 by the Mayor of Wolverhampton, Councillor Ian Brookfield, who said: “I’m always greatly encouraged to see noteworthy local investment and new city facilities that will serve many of our citizens and business owners, especially when it’s being made by a flourishing and expanding family run firm who are right here in the city. Therefore, it’s been my pleasure to visit Burke Bros and officially open their impressive new self-access storage facilities.”

Successfully securing one of the largest Green Shoots grant funding awards (£50,000) in late 2014, sparked the impetus for work to commence, April 2015, on the major refurbishment of part of their former containerise storage space, where 94 varying size storage rooms now stand ready for general public use.

The main contractor, Cheshire’s self-storage build specialists, Active Supply and Design (CDM) Ltd, were selected to build the new facilities due to their wealth of experience in the design, manufacture and construction of similar turn-key self-storage installations.

Having new roofing and natural light incorporated into the warehouse, along with having the lower floor offices refurbished and a new corridor from the main reception to the self-store rooms, Active’s single tier mezzanine floor design, with storage units at both ground and first floor level, in a brightly lit, clean, safe, secure, dry environment made for the perfect use of the space.

Chris Burke said: “We have all been very impressed by both the quality of Active’s work, plus the speed at which they built it, especially when the entire fit-out took just 6 weeks to complete.”

Active’s Director, Garth Williams, said: “We were delighted when Burke Bros chose ourselves to help them enter the self-storage marketplace along with their commitment to embrace the high standard of finish and quality of storage rooms we construct.”

Free car parking, large loading bays, trolleys and fork lifts are all available to make moving items in really easy. For customers’ peace of mind measures also include 24 hour security, 24 hour CCTV monitoring, strong perimeter fencing and secure gates, with each customer using their own padlocks on their own dedicated room, for easy access during regular opening hours.

New signage has been erected around the building that can be seen from the trains traveling on the main London to Manchester and North Wales to Birmingham railway lines too.

For more information on the new self-access storage rooms or to take a tour of the new facilities, call 01902 714555 or email sales@burkebros.co.uk.

See what the Mayor of Wolverhampton had to say about his visit by viewing his blog here: https://bit.ly/1KJYYQH