Celebrating with the Diplomatic Community 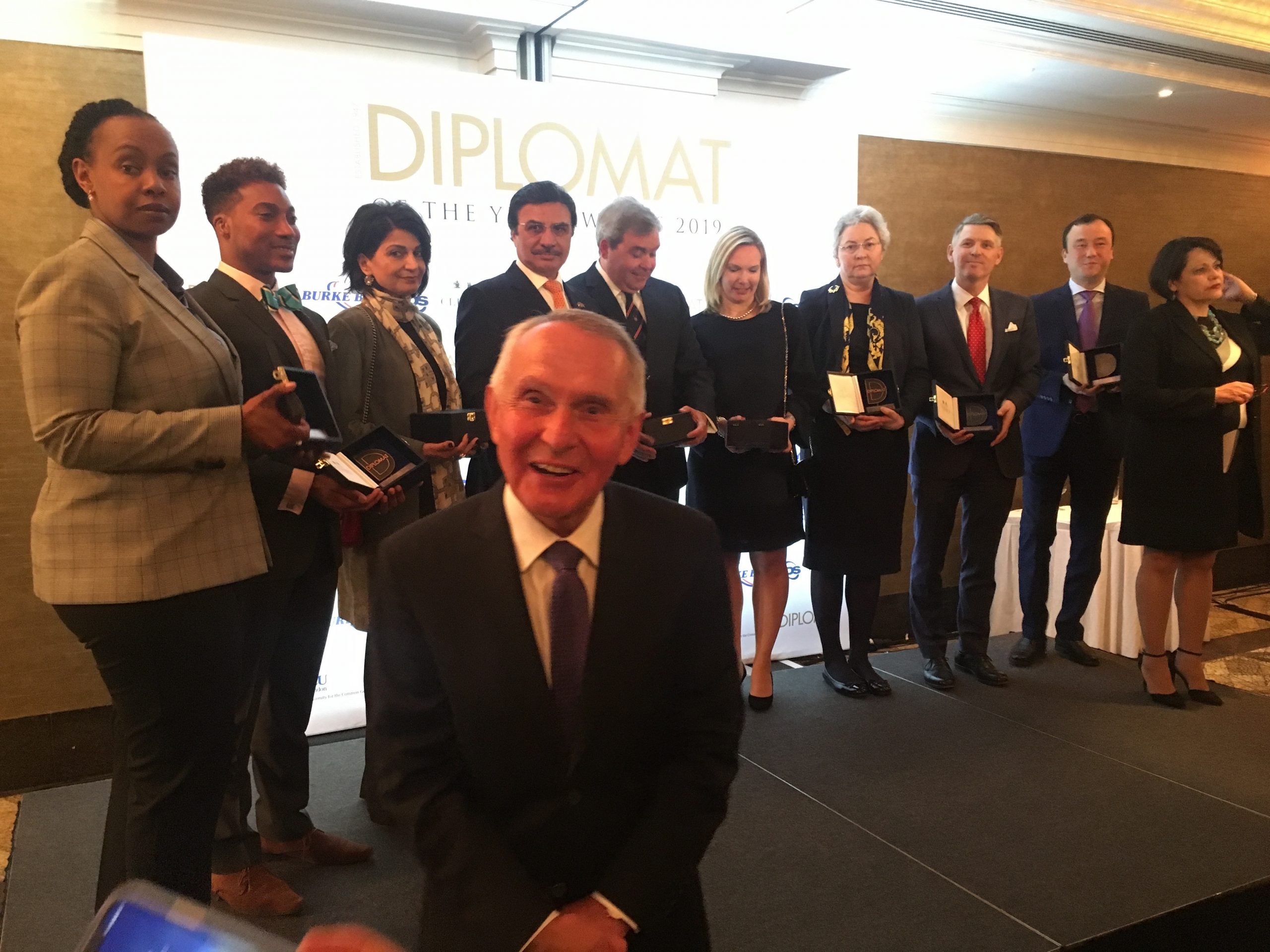 Award winning, Wolverhampton-based, international moving company; Burke Bros Moving Group were delighted to once again be one of the 4 main sponsors of an event in central London at the end of April with Heads of Mission and diplomats from around the world, celebrating the successes of the diplomatic community during the last year.

Ambassadors and High Commissioners from over 95 countries (and diplomats from over 120 countries) attended the annual event in the Ballroom of the Jumeirah Carlton Tower in Knightsbridge at the end of April. Royal warrant holders’ Cleave & Co. produced the unique awards for the winners.

Ten awards were presented in total to some of the most influential diplomats based in the UK in recognition of the outstanding work and achievements of London’s diplomatic community who are trying to better their nations’ well-being.

As noted by James Landale, in his speech, Burke Bros Moving Group is well known and respected organisation very involved with diplomat moving in and out of the UK. Operating globally through their partners within the FIDI Global Alliance, Bure Bros Moving Group are no strangers to performing the smoothest and most professional of relocations, for the most discerning of clients.

Gary Burke, Managing Director of Burke Bros Moving Group commented: “As a local company with strong roots in the Black Country we always like to take the opportunity to represent Wolverhampton at these kind of high profile, international events. We’ve carried out moves for diplomats from embassies across the globe for many years and were honoured to present awards to the diplomatic community that we work on behalf of.”