Down Under Live shows continued interest in emigration 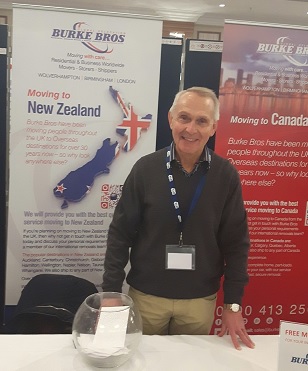 We’ve had another productive weekend at the Down Under Show at the Motorcycle Museum in Birmingham. It was great to speak to so many interested in emigrating to Australia, New Zealand and Canada during the two day event and to see the notable increase in recent months of those considering the move.

We very much look forward to the next Down Under Show, Birmingham in 2017. The event is the UK and Ireland’s largest dedicated event for emigrating to Australia and New Zealand, and really does provide invaluable help and advice to those considering the move.

For further information on removals to Australia, New Zealand and Canada please give us a call on 01902 714555 or email: sales@burkebros.co.uk