Legs on the move

Legs on the move 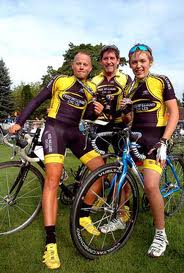 At the recent Wolverhampton Marathon/cycle road race held on September 7th 2009, Gary Josh & Dave Starkey  representing Fred Williams Cycles from Snow Hill took part in the annual event with 442 other cyclists and came 1st, 3rd and 12th being the first team to finish. Dave was the overall winner, Josh Burke (16) was the fastest Junior and Gary was the fastest senior (over 40).

All three are members of Wolverhampton Wheelers one of the UK`s leading cycling clubs which has produced national and world champions. On August 30th we recently cycled 90 miles in North Wales/snowdonia along with other members of the club which was the hardest event of the year for us.

Burke Bros are now constantly moving many clients that have very expensive carbon cycles and as we appreciate the value, are supplying special bike cartons for when clients are moving home. Recently we have moved keen cyclists to Australia, Canada, New Zealand as well as European countries. A former Olympian asked us to move his home from Derbyshire to France as well as his large collection of bikes which included a very expensive racing tandem from the late 60`s early 70`s.

British Cycling have also asked us to step in by helping them with storage. Our weekly removal services to France has kept us close to many keen cyclists moving to and from France over the years.

Gary says, `it keeps me fit and is nice to forget about the day to day running of the business for a few hours every time I am out on the road or on the track.