Literary Donation on the Move to Local Hospice 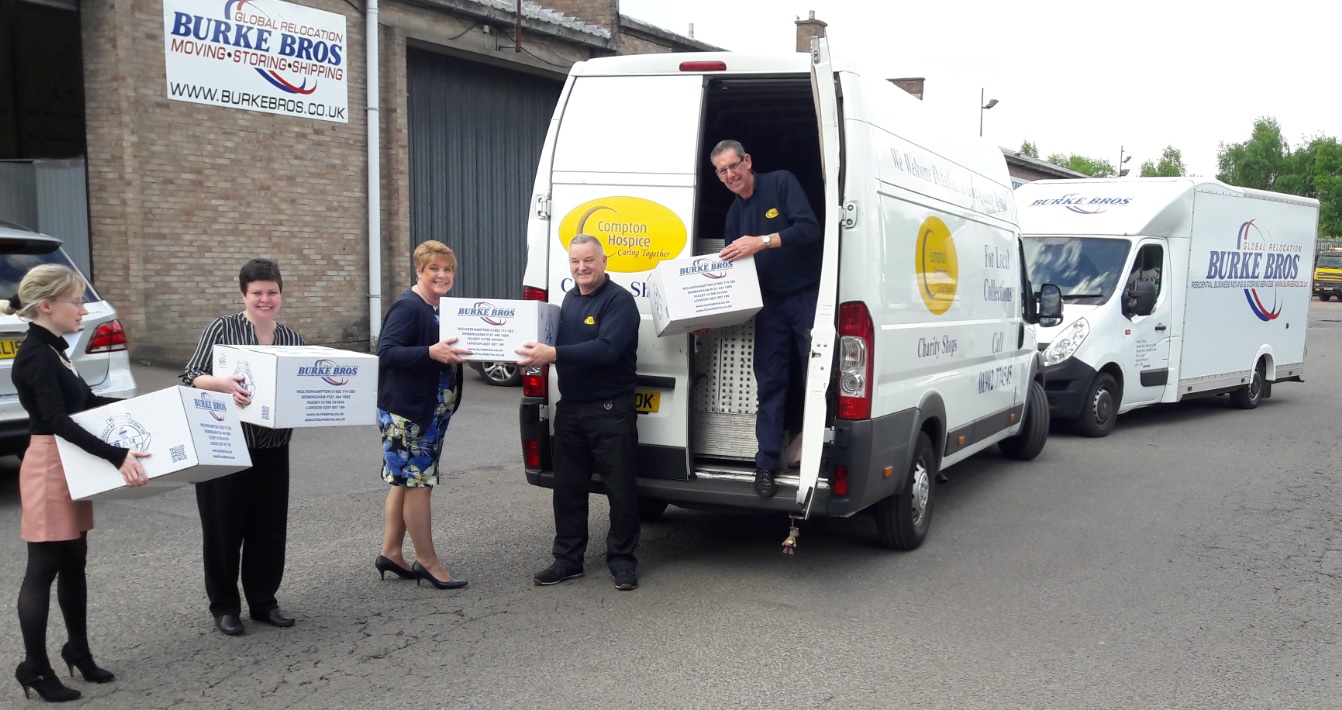 Burke Bros Moving Group have collected the unwanted books over several months from clearances from house moves and items that have been donated to the group. The books are to be put to good use being sold across Compton Hospice charity shops in the local area to help raise funds for the organisation.

Compton Hospice is a Wolverhampton based charity who has been supporting patients facing life-limiting illnesses, and their families, for over 30 years. Their purpose is to make a difference to people’s lives when their illness is no longer curable.

Their network of charity shops offer a vast range of second hand and new items, which are then sold to generate income to fund quality and dignified care for the patients and their families supported by the Hospice. After recent break-ins at the Compton Hospice shops, Burke Bros Moving Group have increased their efforts to try and help the charity raise much needed funding.

Gary Burke, Managing Director of Burke Bros Moving Group, was also made a non-executive director of Compton Hospice in 2015. He commented: “We were founded in the Black Country and we are proud to give back to other charitable organisations in the area that do such meaningful work. Almost everyone in this area will know someone who has benefitted from Compton Hospice and it’s nice to be able to do our bit to make sure their work continues.”

Burke Bros Moving Group will also be trying other ways to fundraise for Compton Hospice and other charities local to their Head Office in Wolverhampton throughout 2017.