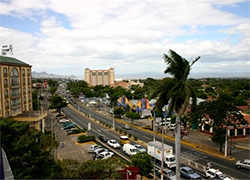 Do you need removals to Nicaragua? Nicaragua is the largest country in the Central America isthmus. It is bordered to the north by Honduras, the Pacific Ocean to the west, the Caribbean Sea to the east and Costa Rica to the south. As the country is situated between 11 to 14 degrees north of the Equator it is placed within the tropics and enjoys a warm climate most of the year although it is biologically diverse. The country is also home to two of the largest fresh water lakes in Central America; Lake Managua and Lake Nicaragua.

If you are moving to Nicaragua from the UK you will be joining a population of just over 6 million and is a multi-ethnic population. The Official language is Spanish although due to the diversity in the country there are many different recognised regional languages that are spoken such as those on the eastern coast where native tribes can speak Miskito, Sumo, Rama and English creole. This mixture of culture has led to great diversity within cultural tradition, art and literature. Most of those moving to Nicaragua will prefer to live in the larger cities such as the capital Managua. 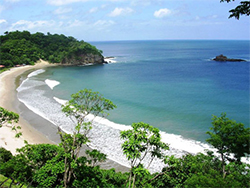 Although the country may have a tumultuous past due to an uncertain political landscape and natural disasters, the country is becoming the land of opportunity in Latin America. The government is currently working hard to continue to make use of the sunshine and attract tourists and investment in to the country. As a result of this effort to boost the tourist trade and other prudent financial policies, foreign direct investment has jumped to virtually nothing to over 100 million dollars in recent years. Nicaragua is still a developing country but there is a vast labour pool for those looking to start their own company small to medium sized company as the commercial climate has dramatically improved.