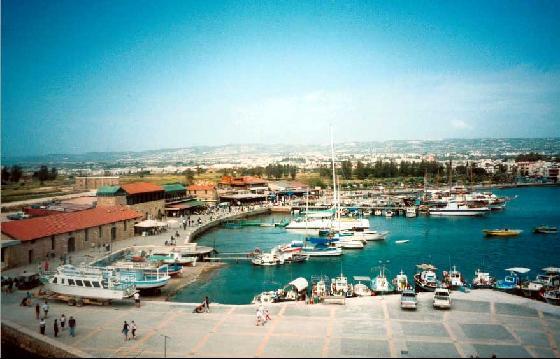 Here at Burke Bros we offer removals to Cyprus on a weekly basis! Many expats over the last few decades have made the move to Cyprus and are enjoying their new lifestyles. However, if you are thinking about moving to Cyprus from the UK, you may still be pondering on where exactly in Cyprus to move to. We have relocated hundreds of families to Cyprus and will be offering you some guidance on locations that a constantly proven popular with British Expats, starting with Paphos.

Paphos is a coastal city located in the south west of Cyprus and is already home to just 90,000 residents. Paphos also enjoys a subtropical-Mediterranean climate, with some of the best weather on the island it’s no wonder it is also a favourite tourist holiday destination. Paphos is perfect for those who wish to experience some of Cyprus’ 3000+ years’ ancient history and the entire town is a World Heritage Site. There are ancient Greek temples, tombs and an amphitheatre there as well as the removals of a Roman agora, a Byzantine fort and 12th century catacombs will certainly keep you busy.

Among those who are relocating from the UK to Cyprus, Paphos is a very common choice largely due to the already large British Expat community which is estimated around 10,000. You should not have a hard time adjusting to a new culture in this region, perfect for those moving with families. People in Cyprus still drive on the left, with road signs in English, and the majority of Cypriots speak English with plenty of British shops, bars and even schools if you have children.

If you are looking for work opportunities when moving to Cyprus then Paphos is a popular destination with retirees as it is within a commutable 40 minute drive with those who work in the port of Limassol. The main industries around Paphos are tourism and service, administration, factory work and in the shipping industry at nearby ports.

For more information on moving to Paphos or for removals and storage services please call Burke Bros on 01902 714555.